1. Future Tense – 9 Signposts on the Road to South Africa’s Future

Tony Leon’s best-selling new book “Future Tense – Reflections on my Troubled Land ” (Jonathan Ball Publishers, South Africa; Icon Books, London) contains rich data, telling anecdotes and the backstories which have led South Africa to the edge-of-the-cliff in 2021. Will the country recover? Will the economy collapse? Could the ANC lose power and who will replace it? Are we en route to a failed state by the end of the decade? Can the Rainbow Nation be rediscovered? Tony Leon tells all in this riveting address.

Tony Leon led and grew the official opposition party in South Africa from the brink of extinction in 1994 to the second largest party and government in the Western Cape in a period of 13 years. His close-up encounters with some of the leading figures in the country -from Mandela to Ramaphosa -and in the wider world give him unique access and authority to ask how to lead in the toughest times. The future, in our Covid-cratered world,’ is not what it used to be’. He offers key lessons in resilience from business to the battlefields in how strong and empathetic leaders meet the challenges of change.

3. Red Dragon Rising – The Coming Clash between the Superpowers

The two largest economies and military forces in the world – the United States and China are on a collision course in the Pacific with global implications for the whole world. Tony Leon, who served as an ambassador and diplomat and was awarded a Fellowship at the Harvard University’s John F. Kennedy School of Government, weighs the odds on whether the cold war between these superpowers can engulf us in escalating conflicts or be resolved or tempered. 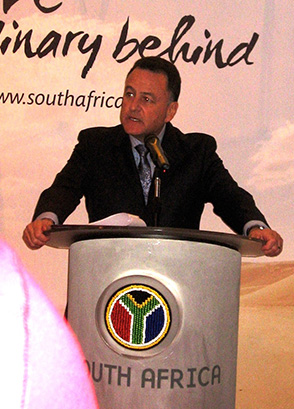